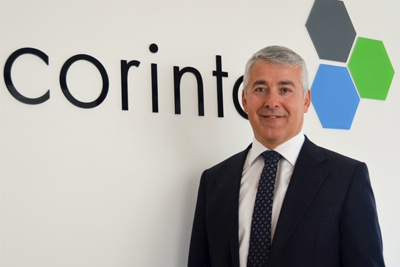 Mustafa Karaman is one of the founding partners of Corintco and is responsible for legal services, with over 25 years of experience in construction, infrastructure (rail systems, ports, organized industrial zones), energy (thermal and renewables) and food sectors.

Mustafa Karaman participated actively in the management and foundation of many NGOs. He served as the president of the Association of Legal Research, the biggest NGO within Turkey in the field of law, between the years of 2009-2011. He was also actively involved in the Turkish constitutional amendment of 2010 and the related referendum procedure.

He continues to participate as a NGO representative and as a legal expert during both legal reform and amendment processes.

Mustafa Karaman is also the Founder and Chairman of the Board of Directors of Hitit Mediation and Conflict Resolution Center. With its nearly 100 partner structure, Hitit is the widest mediation structure in Europe.

Mr. Karaman finished his internship within the Ankara Bar Association, after completion of his law degree at the Ankara University Faculty of Law. He conducted his postgraduate studies at the Kırıkkale University on Political Sciences. He is married with 3 children.